I see in the statistics of this blogging site that I have readers in very many countries, most of them in Sweden, Finland, Russia and the States. This is important. Our Blue Planet has become a village where we can communicate with one another across cultural and linguistic borders. Let it be so, let there be ever more communication between us, human beings. We face enormous challenges in terms of economic disparity, climate change and what not. But I am confident that we shall overcome these and other hindrances for a better world.

Now I'll take a vacation but I'll be back, don't worry.

Pluses and minuses of being a Finn, Part 3

This is the third and the last part of my comments on the observations that a Russian living in Canada has made on Finns while staying for a period of time in Finland. After a few positive statements s/he has had quite a few negative remarks on the nation of 5.4 million people living in the NE-corner of Europe. As before, I have marked her/his remarks as "Minus-claims", and they are followed by my comments.


Minus-claim 4: Taciturnity - At first, you think that they're simply shy, then, perhaps that they have something against you, but then you understand that they're always quiet. "Hot blooded Finnish boys" is a stupid joke. Because of their incredibly narrow view of life, there is nothing to talk about with Finns. "Kaumas ilmaa tanjan oon" ("There's good weather today") that's how I like to start conversations with them. Add to this phrase words along the lines of "Jo", "Niin on" or "Ust, ust" and you'll sound just like a typical Finn - their speech isn't developed beyond these few words... just like their brains.

My comment: The sentence in Finnish shows that the Russo-Canadian critic has not learnt the language too well. The phrase "Kaumas ilmaa tanjan oon" ("There's good weather today") sounds a little like the correct sentence "Kaunis ilma tänään on" (or rather: "Tänään on kaunis ilma", word by word: "Today is beautiful weather").
As far as "hot blood" is concerned, there are different ways of dealing with it. For one thing, "sauna" with its hot bathing steam is a Finnish loanword in English. In respect to Finnish males, I think that it is fair to say that they may get quite hot when they discuss hockey, Formula 1 and rally driving issues. A lot of hot feelings are also aroused when they are dancing tango, by far the most popular dance in Finland, outside the urban areas.

Minus-claim 5: Greediness and stinginess. And not just to others... to themselves as well. Finns will never even think about spending money on culturally enriching travel. The closest thing a Finn will ever do is travel to Talinn or St. Petersburg for cheap alcohol. Everything that Finns ever buy, they buy on sale. Early in the morning, they get their coupons in the mail, and immeadiately start deciding which store to ski to for the best bargains.
My comment: I find it quite rational to purchase things as cheap as possible provided that they are worth buying. On the other hand, the Finnish tourism in the form of "sikailu" (pig-like behaviour; NB. I do not wish to insult the wise animals) is well-known. Finns have tried to be self-critical about it. Click here for a youtube song in Finnish which was fairly popular in the 60's and 70's. It deals with Finnish tourists, mostly males, "pig travelling" in Spain and elsewhere in the "tropic".

However, I do not believe that the tens of thousands of Finnish tourists that travel, say, in Russia and Estonia go there only for a cheap intoxication. Sure, they may get intoxicated for other reason, like by what Russia has to offer in terms of nature and culture.


Minus-claim 6:Tendency to suicide. A tendency that is completely abrupt and unexplainable. A man will be living along, not a drunk, not bankrupt, not spurned in love, and then, all of a sudden, he'll just hang himself. Something's not right in the head with these people. I think that pyromaniacs burn churches in Finland for similar reasons.
My comment: As a matter of fact there are more suicides per 100 000 persons per year in Russia than in Finland (20.2 vs. 16.8 persons) – and there are also more intentional homicides in Russia than in Finland (10.2 vs. 2.2 / 100 000 persons). The tragic statistics can be found here and here.


Minus-claim 7: Alcoholism. The Swedish government barely saved these White Eskomoes from "fire water" by instituting a complete ban on the sale of alcohol except some special "ALKO" stores, where the prices are simply astronomical. That's why when they get their hands on cheap vodka over the border, Finns go insane. This isn't your Frenchman, Italian, Spaniard or Greek, who'll drink a glass (or a bottle) of red wine, and go on to create some masterpiece of art... Absolutely nothing like that... When the 'quiet Finn' gets full of vodka, his tongue gets untied, and all the dirt and idiocy that he keeps concealed is revealed. The resulting show is a nightmare.


My comment: ALKO was founded by the Finnish government, not the Swedish. It happened in 1932. As we can read in Wikipedia "Alko is the national alcoholic beverage retailing monopoly in Finland". Sweden has a similar system, and there, "Alko" is called "Systembolaget" (= "System company"). Sure, this may be difficult to understand for people outside our corner of the world.
Statistics tell us that Russians and Finns who are 15+ years of age drink respectively 15.76 and 12.52 liters pure alcohol per year. It can be that Russians have more fun when they get drunk than Finns do going with a can of Lapin Kulta ("Lappland's Gold", a Finnish beer) in their hands in and out of the (hot) sauna bath and taking, perhaps, a few tango steps by the way.
We may note that many of the nostalgic songs that Finns love are originally Russian. Here  you may listen to the wartime  song "Eh dorogi" (Эх, дороги, "Oh, the roads") in Russian, and here the same song in Finnish sung by Laila Kinnunen (1939 - 2000), a very popular Finnish singer. And here is one of my favourites, "Zhuravli" (Журавли, "The cranes") in Finnish and in Russian.


Minus-claim 8: Stubbornness. Anything that a Finn gets into his head, you won't beat out with a club. Of course, stubbornness and dullness always go hand in hand...
My comment: Well, now our critic is talking about "sisu". It is a difficult word to translate. It is one of the fairly few Finnish loanwords in Swedish. In a Finnish-English on line dictionary you find the following: sisu = strength, persistence, obstinacy (!), perseverance, willpower, determination regardless of cost, cojones, guts, grit, nerve, spunk.
Occasionally, dullness has been combined with sisu. It was very foolhardy to think that the small nation of stubborn Finns could stop the Red Army in the begining of the 40's. And after the WW2, the Soviet Union did not let Finland have the Marshal aid (click here). Finns got to pay the war reparations to the Soviet Union (click here). In those days, it would have been quite hard to imagine that appr. in 40 years Finland would be a country with a very high index of human development. (Click here for the global list of the index.)


Minus-claim 9: Conservatism. Or, more accurately, a fear of being different from the crowd. This isn't a Frenchwoman, intentionally looking a little disheveled so that someone will notice... No, the Finnish woman will always wear her tracksuit and hat, the same as everyone else. No make up, no style, no individuality - straight from the forest.
My comment: Well, we may show our individuality in so many different ways. What people have between their ears and in their hearts is more important to me than what they happen to wear.
I find the mental conformism a more problematic issue. While living in Finland during the Kekkonen era (1956 - 1980), I found that the majority of Finns was very conformist. In those days, you could not direct any criticism in public against the Soviet Union.
In the 60's and 70's, quite a few Finnish intellectuals considered themselves "radicals" but they dared not criticize the Gulag and more specifically, the treatment of dissidents in the Soviet Union. Nor did Finns care much about the Soviet occupation of the Baltic states. Self-censorship flourished in Finland, and as one might have expected, the Germans coined the term for it, "Finnlandisierung", defined as "the former policy of neutrality by non-Communist countries under the influence of the Soviet Union".


In my blog "Finnarnas feghet" (Apr. 19, 2012), I have tried to explain the obvious political cowardice ("feghet") of the Finns. I quote (in English): "If you have once seen your country in ruins, you may not be very willing to experience it once more."
But in the end of the day, aren't we all conformists when the crowd and its leaders compel us? I do think that only very few of us have the civil courage when the chips are really down. Pride parades have not made a great success in Russia, whereas more uniform parades have been many and impressive over there. 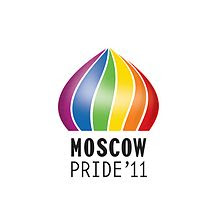 Minus-claim 10: Keeping grudges.. You've already forgotten what happened, but the Finns will quietly remind you, and stab you in the back. The Finn won't bring his hurts and problems out into the open to solve them right then and there... no, the Finns is afraid of causing a stir. He'll much rather quietly hunker down in the corner and fantasize about how her can get his revenge...

My comment: I repeat in order to understand: "The Finn won't bring his hurts and problems out into the open to solve them right then and there... no, the Finns is afraid of causing a stir." An important point. This statement seems to claim that Finns lack self-confidence. One may wonder why's that.
Is it because of the place where the majority of Finns happen to live, that is, between Sweden, the former "mother country" for 600 years, and Russia, the "bear" across the Eastern border?
One may notice that in the national romantic era of the 19th century, a device was coined: "We are no longer Swedes, and we shall not become Russians, so let us be Finns!" So, the idea of Finnishness was built on the two negations "not Swedes" & "not Russians". It is a pity, since we should acknowledge the cultural and other influences that we have got from our neighbours and from cultures beyond them.
Being not only a Finn but a registered world citizen since the late 60's as well, it is my conviction that we are not Russians, Finns, Swedes etc., in the first place, but homines sapientes sapientes, that is, very wise human beings. Let us try to live up to this title, and feel happy that we have got such a fantastic place to live on, our Blue Planet.